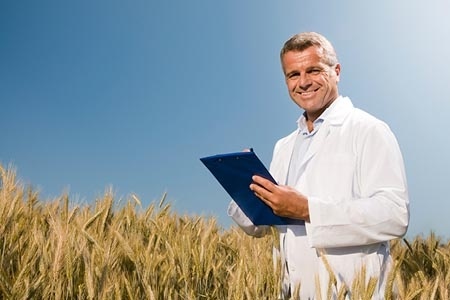 09.12.2013
More Contracts with Brazil
In early December, as part of its contract negotiations for the coming years, Grupa Azoty entered into a series of trade agreements with Comexport of Sao Paulo, worth a total of PLN 360m.

The contracts for the sale of ammonium sulfate produced by the Tarnów and Puławy plants as well as compound fertilizers produced by the Police facility, are effective for three years, until January 1st 2014.

Grupa Azoty and Comexport, which is an important player on Brazil's fertilizer market, have already been collaborating successfully for many years. In November, Grupa Azoty had announced the execution of a number of similar three-year contracts with Nitron of the United States. Those contracts, for the supply of compound fertilizers, ammonium sulfate and UAN, were estimated to be worth PLN 746m.

"As part of our consolidation efforts, we are constantly working on building international trade relations between the Azoty Group and reliable foreign business partners. We want our sales policy to be based on long-term trade relations. With the expansion of our product range, we are taking advantage of logistic synergies in supplying the very promising South American market," says Paweł Jarczewski, President of the Grupa Azoty Management Board.Last year, the South American market took 19% of the Azoty Group’s fertilizer exports, with Brazil accounting for as much as 10% of that.

Brazil, the sixth largest economy in the world according to CEBR’s World Economic League Table, generates almost 45% of Latin America’s total GDP, and holds 22% of the world's arable land. Brazil’s agricultural segment, which is the key component of its economy, is the fastest-growing in the world. After China, India and the US, Brazil is also the fourth largest consumer of nutrients in fertilizers, representing close to 5.9% of the global market. In 2012, Brazilian fertilizer consumption reached 29.6m tonnes (up 30% on 2003), of which some 72% was imported. Dynamic growth in fertilizer consumption, of approximately 3.5% annually, is expected in the coming years.