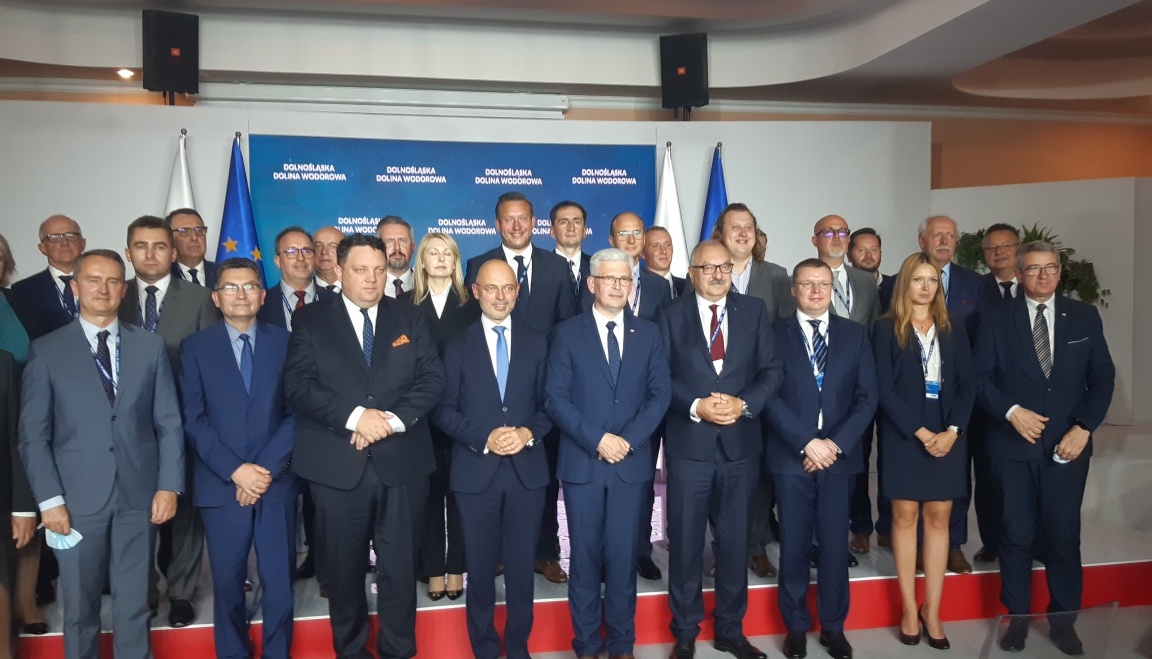 Grupa Azoty, a leader of the fertilizer and chemical industry in Europe and the largest hydrogen producer in Poland, is among the signatories of a letter of intent to build the Lower Silesian Hydrogen Valley.

The letter was signed during the 30th Economic Forum in Karpacz in the presence of Prime Minister Mateusz Morawiecki, Minister of Climate and Environment Michał Kurtyka and Secretary of State in the Ministry of Climate and Environment Ireneusz Zyska. Vice President of the Management Board of Grupa Azoty S.A. Marek Wadowski signed the letter of intent on behalf of the Board.

The parties expressed their intent to forge a partnership and take concrete steps to build and advance a hydrogen economy, with a particular focus on the region of Lower Silesia.

‘It’s vital we engage in developing hydrogen technologies with partners who have experience in using them to produce low- and zero-carbon energy,’ said Prime Minister Mateusz Morawiecki at the forum.

The signatories declared their intention to cooperate in creating a business, technology and R&D environment that would promote development of the Lower Silesian Hydrogen Valley.

‘There is hardly a better place and time to launch cooperation on the Lower Silesian Hydrogen Valley project than the 30th Economic Forum in Karpacz. Today’s event clearly demonstrates Prime Minister Morawiecki’s support for the development of a hydrogen economy in Poland. The Council of Ministers is soon to ratify Poland’s Hydrogen Strategy, which sets out a framework for development of this new sector of the economy and defines strategic goals until 2030 with an outlook to 2040. What is more, stakeholders in the business and science communities and representatives of public administration authorities are due to sign a sectoral agreement for the development of a hydrogen economy, whose main goal is to leverage Poland’s intellectual and economic potential to enable local content development,’ said Ireneusz Zyska, Secretary of State at the Ministry of Climate and Environment.

As the largest hydrogen producer in Poland, Grupa Azoty engages in numerous initiatives fostering the development of a hydrogen economy in Poland. In July 2020, the Company was among the signatories to a letter of intent, signed at the initiative of the Ministry of Climate and Environment, to establish a partnership for building a hydrogen economy and signing a sectoral hydrogen agreement. The Company is also a member of the European Clean Hydrogen Alliance, a project launched by the European Commission, which aims to deploy hydrogen as an alternative energy carrier in Europe.

‘Grupa Azoty produces hydrogen from natural gas for use primarily in ammonia synthesis. We have also taken steps to launch renewable electricity generation, which would allow us to make ‘green hydrogen’. I’m confident that advances in hydrogen technology are a cornerstone of the transition to a low- and zero-emission economy, which is why we want to actively participate in the process. On behalf of Grupa Azoty, I would like to thank Prime Minister Morawiecki and Minister Kurtyka for inviting us to join an initiative bringing us closer to a hydrogen economy in Poland,’ said Tomasz Hinc, President of the Management Board of Grupa Azoty S.A.

The signing ceremony was also attended by Paweł Stańczyk, President of the Management Board of Grupa Azoty Zakłady Azotowe Kędzierzyn S.A.

‘Grupa Azoty ZAK is making preparations to launch a hydrogen analysis laboratory. We have purchased the necessary equipment, and we plan to expand some of our units. At present, few laboratories in Poland are able to conduct comprehensive analysis of the parameters required for hydrogen to be used as a fuel in the automotive industry, and we want to fill this gap. I am positive that our experience in hydrogen technologies and expertise in chemical analysis will significantly contribute to building the Lower Silesian Hydrogen Valley,’ said Paweł Stańczyk, President of the Management Board of Grupa Azoty ZAK S.A.

In the letter of intent, the parties pledged to harness the region’s science and research potential to build the hydrogen value chain. The signatories will also take steps to raise the profile of hydrogen technologies by supporting entities that work to promote energy efficiency and transition to a low-carbon economy. 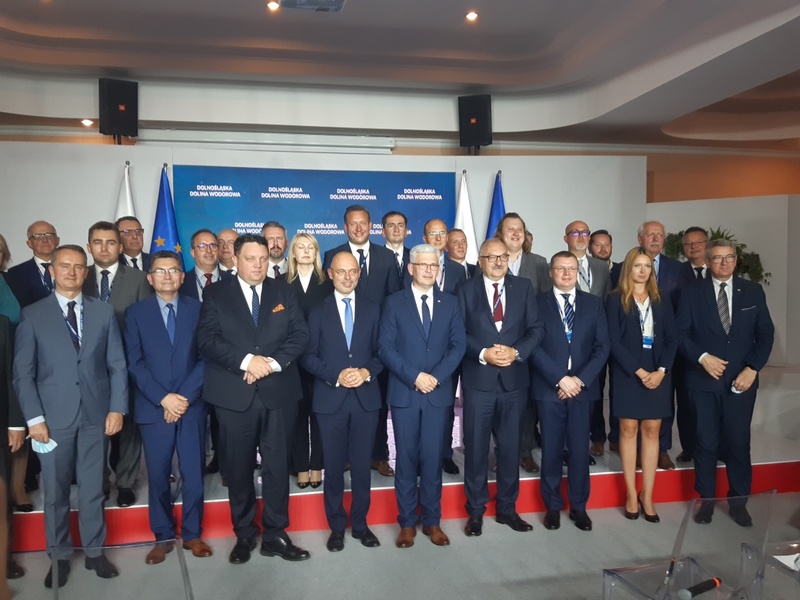 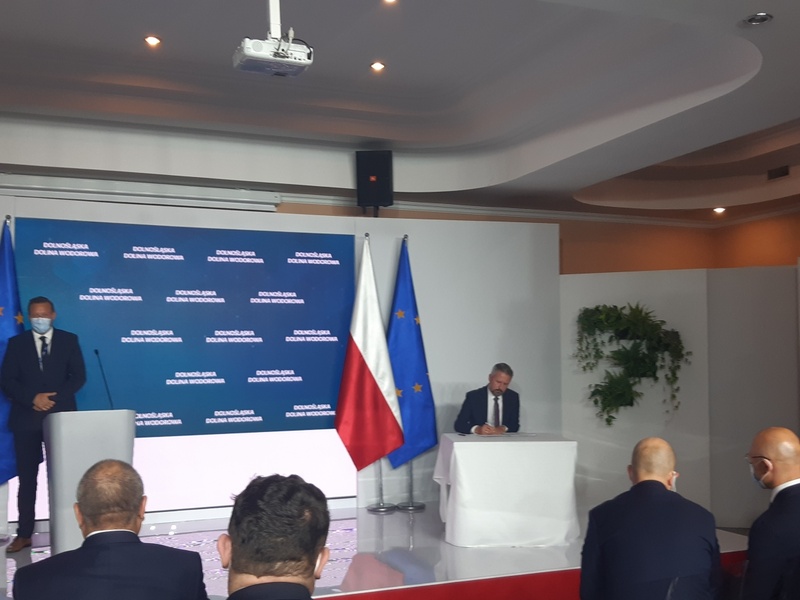 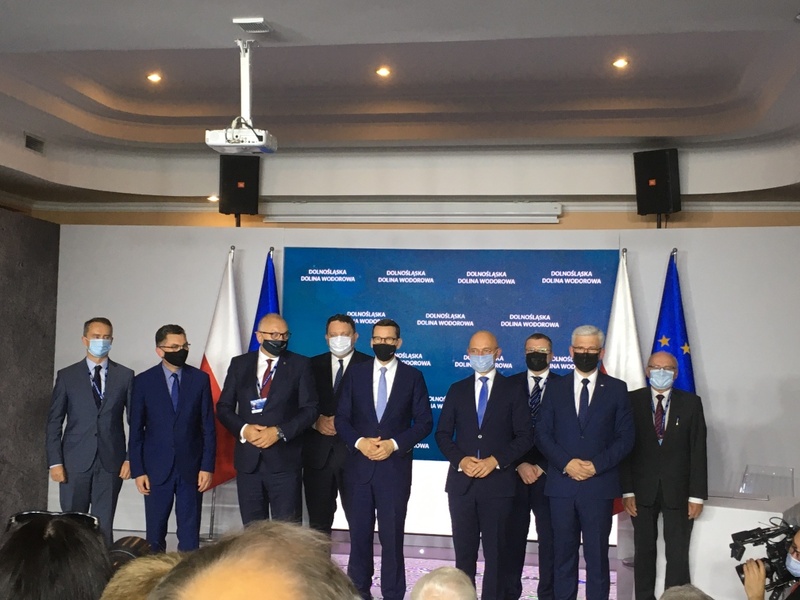 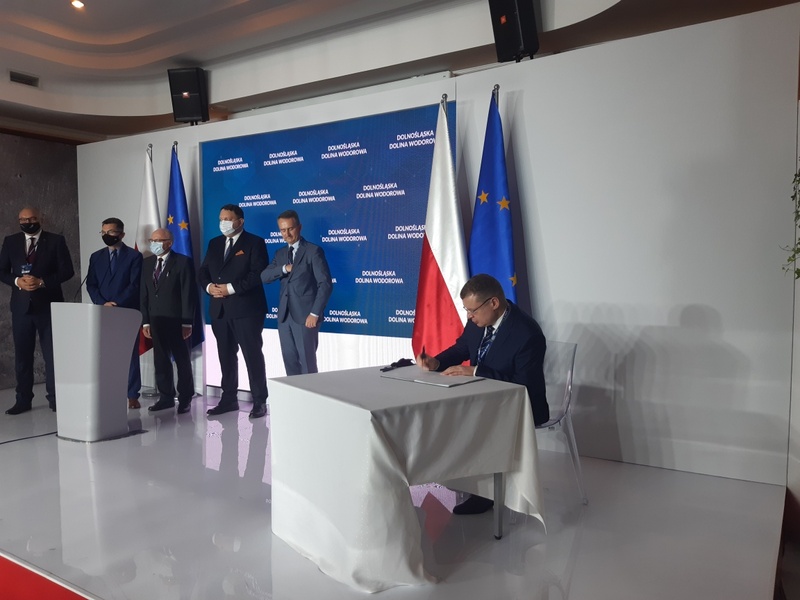