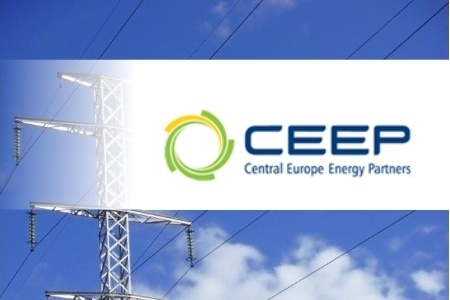 02.12.2013
Grupa Azoty becomes the 21st member of Central Europe Energy Partners
Grupa Azoty was created following the consolidation of several Polish chemical companies, in a merger of the four largest chemical plants in Poland, based in Tarnów (the parent), Kędzierzyn-Koźle, Police, and Puławy.

Together with several smaller subsidiaries, they form the Azoty Group, a leading European player manufacturing some of the most important chemical products, including engineering plastics, caprolactam, oxo alcohols, and melamine. The Group is also the second largest manufacturer of fertilizers in Europe.

The Azoty Group’s products are exported to over 50 countries and almost every continent. The Group operates its own logistics, research, design and maintenance facilities, and as at the end of June 2013 its total workforce exceeded 13.2 thousand.

“The Azoty Group is undoubtedly the proudest achievement of the Polish chemical industry. I am delighted by the prospect of joining forces and working together,” said Janusz Luks, Managing Director at Central Europe Energy Partners (CEEP).

“I will be personally involved in these operations, because issues related to raw materials, energy and environmental protection are of key importance not only to the Azoty Group, but also to the entire European industry. CEEP is a great platform for discussion and joint action in these matters, as it engages many different groups,” added Paweł Jarczewski, President of the Management Board of Grupa Azoty.It should be emphasised that the Azoty Group is a large consumer of energy carriers, in particular gas, which it uses as feedstock and for heating purposes. The price of fuels/feedstock and electricity constitutes a significant factor in the competitiveness of the Azoty Group's products. CO2 and NOx emissions are also very important and are bound to gain importance in light of increasingly stricter emission norms.

Central Europe Energy Partners AISBL is an international non-profit association based in Brussels. The association represents the Central European energy sector. CEEP's primary objective is to support integration of the Central European energy sector under a common EU energy and security policy for the sector. Its mission also includes combining the capabilities and experiences of, and developing cooperation between, energy sector companies and research organisations in this part of Europe. CEEP was founded in June 2010. Among its 21 members are companies and research centres from Lithuania, Slovakia, Czech Republic, Romania, Hungary, and Poland. Negotiations with other potential members are currently under way, with both the countries already having representatives on CEEP, and other Central European states, such as Latvia, Estonia, Bulgaria, and Croatia.