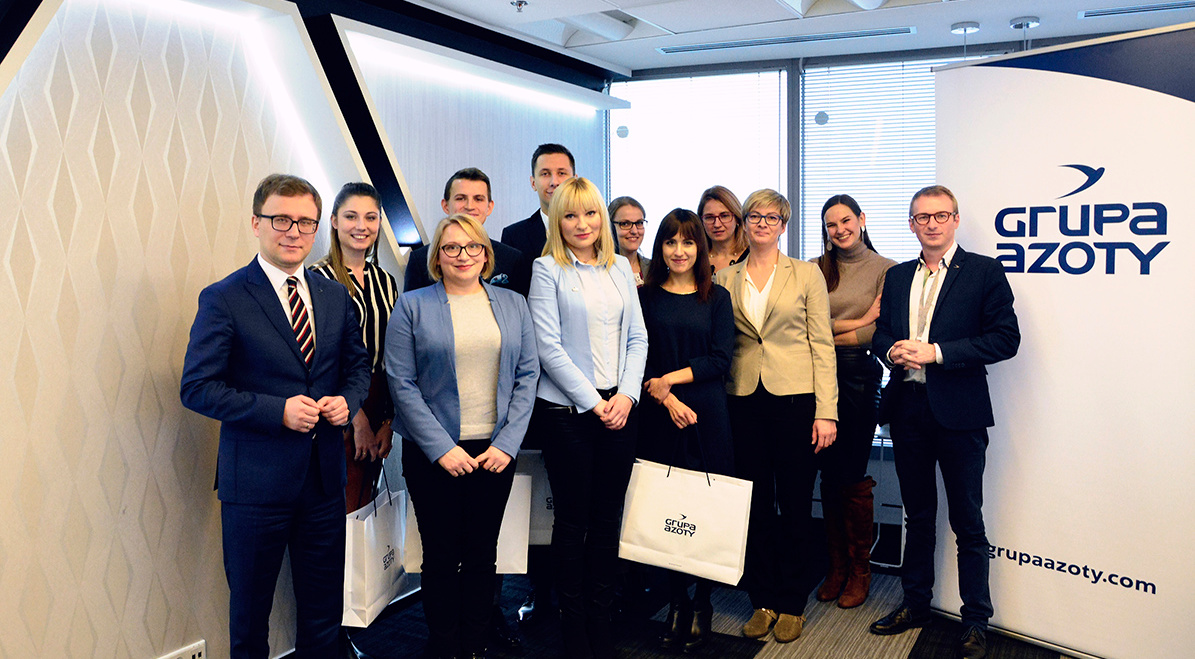 The ‘Ambassador of Grupa Azoty Brand’ programme is a part of employer branding efforts. In the next steps Grupa Azoty plans to launch internship programmes, hold a series of meetings at selected universities, and have its representatives participate in university job fairs. The overriding goal of the project is to build long-term partnerships with the selected students or doctoral students so that – as our Ambassadors – they identify themselves with and feel part of the Group.

‘Enhancing our professional employer image is very high on our agenda. One of the ways to do that is through the ‘Ambassador of Grupa Azoty Brand’ programme. The Ambassadors have considerable potential in building brand awareness, as people we know in person are considered the most reliable source of recommendations. Trust is of critical importance here, so the best method of promoting the brand is by reaching people who are truly dedicated to the values the brand represents. An Ambassador is a person who speaks well of the brand and is enthusiastic about it. In the first stage, we selected a group of students meeting those requirements, and afterwards we picked the most active ones. The new Ambassadors of the Grupa Azoty Brand are actively involved in the academic life. They are ambitious, communicative, responsible, cooperative and motivated to work. A dynamic and creative Ambassador representing the Group at his or her university will be responsible for raising interest in our company’s activities and building its positive image as an employer of choice. We look forward to a bilateral and fruitful cooperation,’ said Wojciech Wardacki, President of the Management Board of Grupa Azoty.

During the second edition of the Programme, the Ambassadors will be co-responsible for organising a series of meetings entitled: “A Day with Grupa Azoty” and will actively participate in scientific conferences. Their tasks will also include constant monitoring of the Group’s activities in the industry media, providing information and support in the organisation of meetings, seminars, workshops, and promotional events. The Ambassadors will participate in arranging stands during university job fairs and posting information and promotional materials on social networking sites. Direct access to information will allow them to become the key source of knowledge about the Grupa Azoty Group for their fellow students.

In exchange for cooperation, the Ambassadors will receive various benefits, such as monthly scholarships for ambassadors, city card top-ups, the opportunity to tour the plants and meet with the Grupa Azoty Group’s executive staff. To further increase their commitment, starting from the second edition of the Programme we are launching a scoring system called: “Be active – win prizes!” Once a quarter (in December, March and June) the Ambassador with the highest score will receive a non-financial prize. The winner of the entire second edition of the Programme, that is the Ambassador with the highest number of extra points after the three quarters, will be offered a paid internship at a Grupa Azoty Group company he or she chooses, at a department appropriate for his or her professional interests.